- December 11, 2019
If you are going to get on a plane at the airport, passengers are usually required to go through several inspections of goods. This is an international aviation security standard that is applied in every country. Scanners and metal detectors that are used by officers at the airport are used to check passenger luggage.

This inspection process can take place quickly, it can also take a long time depending on our default, if we carry a lot of luggage can certainly waste time especially for those who are in a hurry to check in so as not to miss the flight

The case of the sightings carried out by plane passengers at Sam Ratulangi Airport, Manado against Aviation Security (AVSEC) officers is still a lot of conversation both on social media and electronic media. Many comments that blame the distribution action, because the action is arrogant, this can be a public concern, especially for those who will use airplanes.

For this reason, the general public needs to know about the inspection procedures that must be followed or adhered to by passengers who want to board a plane for mutual safety and security. In order to be able to smooth out, there are several things that should be prepared or avoided during a security check at the airport.


The following eight things can speed up the process of getting into the flight waiting room and making it easier for prospective passengers including airport officers:

1. Bring the liquid in the specified amount

Special for international flights, do not carry liquids more than 100 milliliters. Bringing more liquid than that, is confirmed to be confiscated by airport security officers. There are only exceptions to medicines and milk for babies in this rule.

2. Hold your ticket and identity card
Before entering the line, hold the ticket and your ID. This is done to speed up the process of security checks and queues.

3. Remove belts, jackets, watches, and if necessary shoes
Different countries, different rules about objects attached to the body that need to be removed. In Indonesia belts, watches, and jackets are objects that must be removed from the body and examined on an x-ray machine. Remove the object outside the line, so it doesn't bother.


4. Separate large electronics
Large enough electronics such as laptops, game consoles, or video cameras need to be removed from their places for security checks. Make sure small electronics aren't in your pocket either.

5. Don't use sandals
It's better to avoid using sandals for international flights, rather than dealing with a series of questions from security forces that extend the time of inspection.


8. Never joke about bombs
Joking is allowed at the airport. But never joke about the topic of the bomb. In 2013 there were prospective passengers arrested at Miami International Airport because of this topic. Likewise with prospective passengers at LaGardia Airport because of joking with the topic of the bomb.

The rules regarding passenger inspectors and luggage at the airport are also listed in the Director General of Air Transportation Regulation Number SKEP / 2765 / XII / 2010 concerning Procedures for Passenger Security Checks, Aircraft Personnel, and Default Goods Transported by Aircraft and Individual Persons.


In this case, the passenger must comply with the existing rules when entering the airport and while on the flight.
All of that is done so that it can create safety and comfort at the airport and when carrying out branching.
Tips 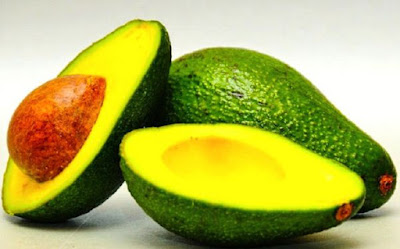